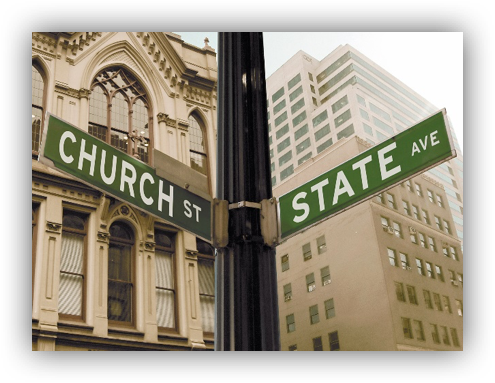 The ability to choose, believe, and practice a chosen faith – or none at all – has been a protected right in our Constitution since the founding of our nation. Religious freedom is such a fundamental American liberty that it is guaranteed in the First Amendment. Sadly, throughout history, some have tried to use this fundamental liberty to justify discrimination against African-Americans and women by claiming their religious beliefs exempt them from civil rights laws. Courts across the nation have repeatedly ruled that civil rights protections allow for very narrow religious exemptions for interchurch policies and beliefs.

Lately, in response to the civil rights advances of LGBTQ Americans, many who are opposed to these protections have begun promoting yet another interpretation of religious freedom that would allow them to pick and choose which laws they follow. Religious exemption laws such as these are incredibly dangerous because they are often written so broadly and in such haste, they could be used to sidestep a wide range of important laws and policies. Additionally, after the Supreme Court ruled that corporations can claim religious beliefs in order to exempt themselves from certain laws in the Hobby Lobby case, it is more important than ever to push back against these attempts to circumvent the civil rights laws under the guise of religious freedom.

While LGBTQ people are by-and-large the intended targets of the recent legislation, the effects of such laws can be far more sweeping. The unintended consequences of religious exemptions laws vary based on the language of the bill and existing state laws, but don’t be fooled – they’re a danger to us all. If public servants, businesses, and everyday citizens can claim religious beliefs to pick and choose which laws they follow, we could see some terrible things happen, such as:

While these laws don’t name specific groups, the legislative history and debate make it abundantly clear LGBTQ people are the intended targets of such legislation. And since lawmakers do not want to seem like they are targeting any particular group for discrimination, the poorly conceived laws they enact end up affecting a broad range of people. This impacts all of our members, not just our LGBTQ compatriots.

None of this is a coincidence. The recent surge in these laws is a direct reaction to the expansion of the freedom to marry for same-sex couples, the expansion of nondiscrimination protections for LGBTQ people, and the passage of the Affordable Care Act (ACA) with its inclusion of a mandate to cover essential health benefits, including contraception and LGBTQ-specific care.

Though the recent spike in religious exemption legislation is directed at LGBTQ people, these sorts of claims have been directed at other groups for years. Now, instead of claiming religious exemptions for racist segregation laws, refusal to fill contraception prescriptions, or perform medical procedures for women, the focus has shifted to refusal to bake wedding cakes and sign marriage licenses for gay couples.

As we have in so many civil rights advances, labor unions can have a dramatic impact in stopping these attempts to misuse a core freedom and ending these attacks on LGBTQ workers and their families:

Together, we can push back on these anti-worker, anti-LGBTQ laws.