Banning abortion is just the beginning 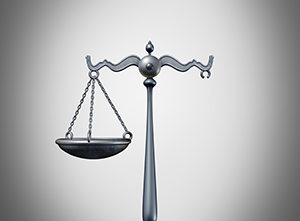 The decision of the radical right-wing majority on the Supreme Court in Dobbs vs. Jackson, that denies the fundamental right of women to make their own healthcare decisions will go down as one of the worst decisions in the history of the court.

With this decision, the extremists on the court have forfeited any remaining semblance of their claims to nonpartisanship, and have fully embraced the extreme agenda that does not represent the vast majority of Americans. The right to choose is fundamental to bodily autonomy and basic human freedom. We cannot let this stand.

The extremist majority on the Court shows it is willing to overlook decades of precedent to set aside the right to choose, and clearly shows where their future intentions lie. Obergefell, which legalized marriage equality nationwide, which was only decided less than a decade ago, is clearly in the crosshairs.

Even more concerning is the possibility of overturning Lawrence v. Texas, which banned draconian sodomy laws nationwide. 15 states have refused to repeal their sodomy laws since that decision in 2003. Justice Clarence Thomas directly referenced that these two decisions protecting LGBTQ+ rights should be overturned in his opinion. We must fight back now.

We can’t predict how future cases will be decided by this Court, but this bombshell ruling makes clear that nothing is safe from this radical conservative majority.

Pride at Work will fight every day until the right to choose is codified into law nationwide. Congress must act to protect access to abortion. If they won’t, then this November we must elect a Congress that will.

Join us in the fight!