Pride at Work Rejects the So-Called Fairness for All Act

i Dec 9th w No Comments x by P@WAdmin 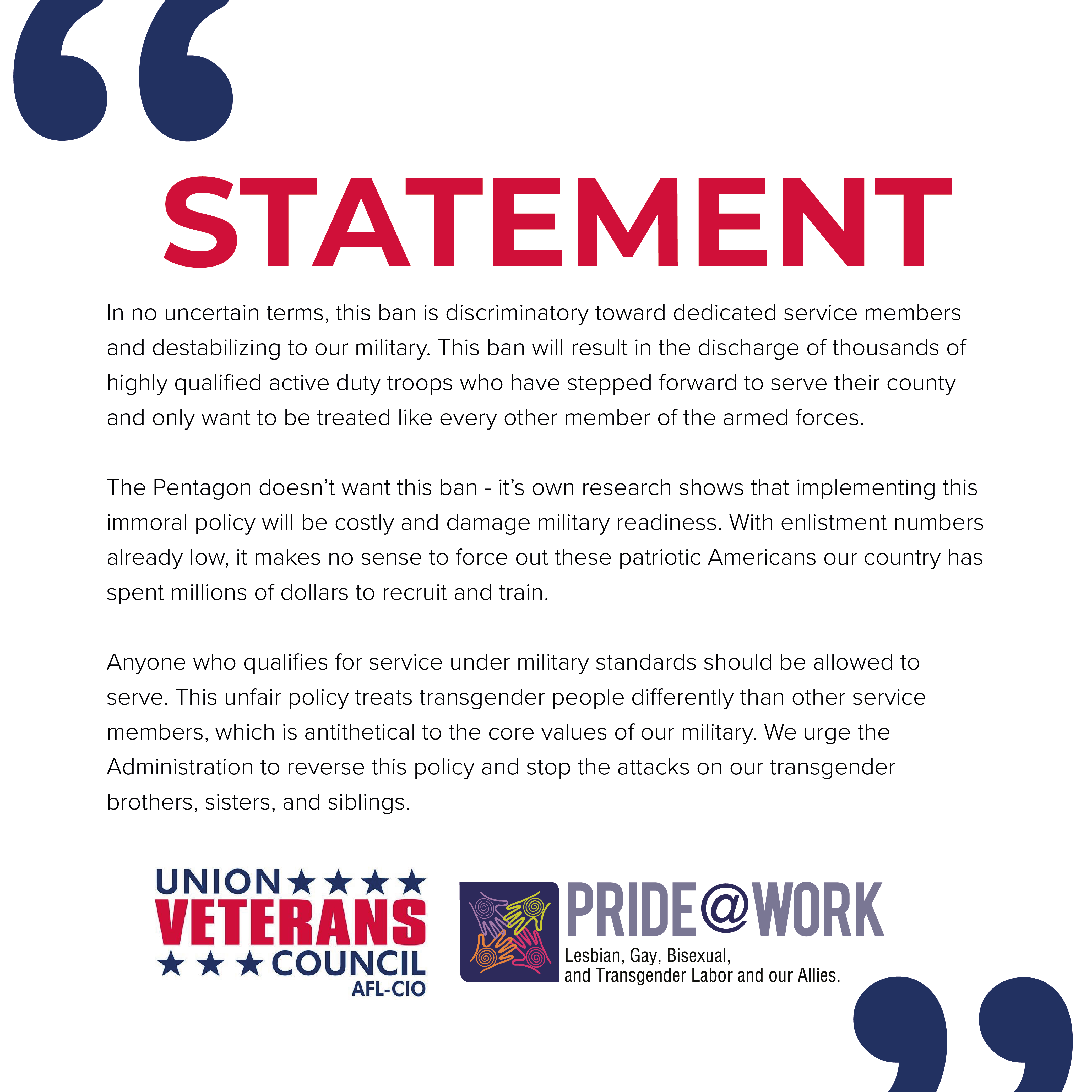 Pride at Work Stands Against Efforts to Erase Transgender Americans

For Immediate Release October 22, 2018 Contact: Jerame Davis – jdavis@prideatwork.org Pride at Work Stands Against Efforts to Erase Transgender Americans Washington – Yesterday, the New York Times reported that the Trump Administration is seeking to narrow the definition of gender in an effort to undermine legal protections for transgender […]

WHEREAS, Massachusetts voters will be voting in the first ever statewide ballot imitative to rescind current rights for transgender people to have protected access to public accommodations, including restaurants, bathrooms, stores, sports facilities, and other public spaces; and WHEREAS, Pride at Work exists to defend the rights of all LGBTQIA […]

WHEREAS, two gay men who work at Boston Logan Airport recently filed complaints of anti-gay discrimination after enduring months of homophobic harassment on the job; and WHEREAS, their employer, Flight Services & Systems (FSS), took no known action to ensure the harassment stopped; and WHEREAS, the Massachusetts Port Authority, which […]

WHEREAS, human trafficking is a global phenomenon that traps millions in cycles of exploitation for sex or labor and is often called “modern slavery”; it is a direct affront to individual human rights and jeopardizes community health; and WHEREAS, worldwide, human trafficking generates about $36 billion each year. About one […]