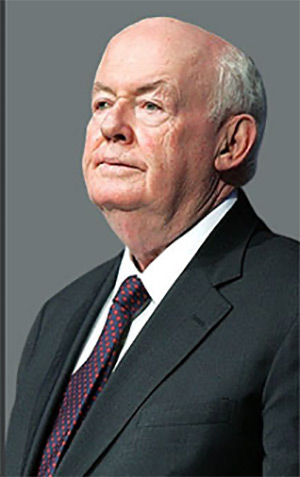 Pride at Work founder and president emeritus, Nancy Wohlforth, looks back on the life and legacy of former AFL-CIO president, John Sweeney, and his lasting impact on LGBTQ working people:

“I know I speak for all of Pride at Work when I say we are truly saddened to learn of the death of John Sweeney. I first met John in the late 1970s when LGBTQ workers not only faced discrimination from employers but also from the very group that claimed as its motto “An injury to one is an injury to all.” A group of LGBTQ workers from around the country came together at an SEIU reception in Washington, DC in the mid-80s to discuss our strategy to win full inclusion in the labor movement.

“Sweeney, then President of SEIU, announced his full support of the fight of LGBTQ workers for equal rights and protections. At that time there was not much backing from national organizations fighting for our rights, and Sweeney was among the first to take a stand in our support.

“Throughout the following decade, LGBTQ workers continued to form groups around the country, but we still were not recognized or materially supported by the national AFL-CIO. The lack of solidarity stood out, since other groups who had joined together for mutual aid and support, now called constituency groups, were recognized and given financial support from the national labor movement.

“It wasn’t until 1997, two years after Sweeney ran and won the leadership of the AFL-CIO, that Pride at Work was recognized as the official constituency group for LGBTQ workers. Sweeney assigned Linda Chavez Thompson, the first woman of color to be an officer of the national labor federation, to advocate for recognition and financial support of queer workers’ organizing efforts.

“At the same time, Pride at Work broadened the scope of its efforts by advocating for marriage equality. Sweeney continued to speak out for the rights of LGBTQ workers to receive the same benefits that straight workers enjoyed.

“In closing let me say that while I’m sure Pride at Work would have existed without the support of John Sweeney, I’m sure it would have taken many more years. We stand on his shoulders, and those of all the pioneer trade unionists who stood up for justice for all.”